Posted on 21 September, 2012 by DarkStardust 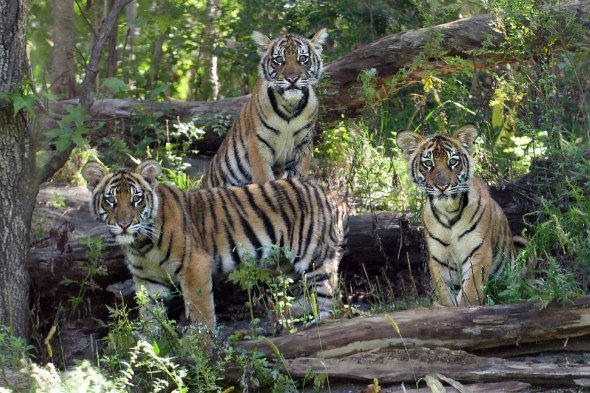 I was most disappointed to read that he was rescued, particularly since he was likely hoping to die anyway. I highly recommend a Darwin award for any idiot who thinks it’s wise to jump unexpectedly into a cell containing angry prisoners, expecting to escape without consequence. Also, screw the Bronx Zoo, and all others like it. Wild animals belong in their natural habitat, not imprisoned to serve as income-generating exhibits for selfish humans.
For the “news” media to refer to him as a “victim” is outrageously inappropriate, especially when considering the fact that he was 25 years of age & obviously knew exactly what he could expect when leaping from the train.

I don’t really give a crap about that guy, but am somewhat interested in what he was saying whilst “conscious and talking” after that unfortunate encounter.

Furthermore, I would LOVE to hear what the tigers might have to say.

Media details on this article may be found here and also on my Tumblog.

Bad Behavior has blocked 37 access attempts in the last 7 days.