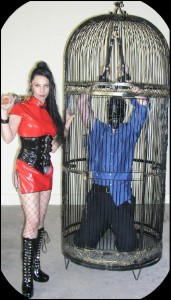 It has recently come to my attention that there seems to be some great divide between many of us in relation to our work in promoting free speech as well as animal welfare. To date, I have received numerous requests asking me to participate in an online campaign to have YouTube prohibit video uploads bearing questionable content (to which has been broadly referred as “animal cruelty”).

As an activist/advocate for civil liberties unbiased by speciesism, I truly believe that this “cause” is a terrible idea for a single, yet multiple-factored reason: Censorship.

As the petition seems to be gaining more and more attention, I felt it an appropriate time to speak up; especially since I suspect many of those who have been posting in support of this to be quite well-meaning.

Looking away (attention diversion) does not make bad things disappear; most times it serves only to make them grow bigger, stronger & more horrifying in the shadows. 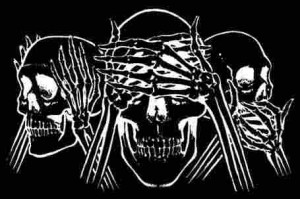 As a child, I chose to renounce consumption of animal matter because I did not care for the idea of destroying other sentient beings. I knew no other vegans, vegetarians or even a single animal activist; I had not yet discovered the phenomenon which was once Skinny Puppy. I made the decision based on my relationship with the world around me, knowing nothing of senseless atrocity & unspeakable cruelty occurring in laboratories, factory farms, etc. If it weren’t for my accidental discovery of of such by way of musical interests a bit later on, I cannot honestly say how long it might have taken me to learn about vivisection & other such applications of slavery/manipulation/torture. If it weren’t for music videos (Skinny Puppy’s ‘Testure’ comes to mind) & associated (though not easily found) footage/images/journalism on the subject, I might not have taken such an interest in what toiletries, cosmetics or even foods were morally acceptable to me for use and consumption.
In fact, I may not have become so concerned with or active for animal rights until much later… if at all.

I loathe bearing witness to suffering of innocents as much as anyone (possibly more so than most), but if these barbaric acts are not seen by the general public, how will those presently living in the dark become aware enough to stand up for the rights of those who cannot speak for themselves?

I honestly feel that YouTube already censors & interferes enough with first amendment privileges of people who choose to post there (I have since moved on to alternative media hosting sites – Vimeo, for example).
Any further filtering may cause a great deal of damage to organisations (such as Mercy For animals)
who have been exceptionally effective in spreading the word about cruelty, illegal handling & other unsavoury circumstances related to factory farms, fur ranches, etc.

Sadly, there are already unconstitutional laws in place which have been causing a great deal of trouble for activists: Animal Enterprise Terrorism Act (AETA/S. 3880), Food Safety Modernisation Act (FSMA/S. 510), and the presently impending doom of the Stop Online Piracy (SOPA/H.R. 3261) & Protect IP Acts (PIPA/S. 968) being but a few amongst several; all bearing the sickening stench of Constitutional undermining & massive civil liberties violations to come. Furthermore, National Defense Authorisation Act (NDAA/S. 1867) threatens to become the iron fist which may very well crush everyone under decree of laws previously stated.

All aforementioned bills are Draconian bastardry at work.

If YouTube becomes even more strict about banning/censoring videos, they will then be more likely to also ban undercover investigation videos from fur farms, factory farms & other footage important to the cause of keeping the public informed & abusers in check. It could essentially shut down free speech & the animal rights movement as we presently know it, thus rendering all past efforts & achievements utterly useless.

We are unified in our desire for peace & justice.

We strive to abolish cruelty & suffering on Earth for all beings, human and non-human.
If the lunatic fringe continue to post the terrible shit they have in the past, this will only make it easier for them to be recognised, caught & prosecuted.

Additionally, I feel the need to make mention of the fact that this particular campaign may very well have been introduced by the likes of Sparboe Egg Farms; just about any of so many other similar factory farms/fur ranches who have lost revenue (or fear losing such) as a result of such “bad press” would certainly wish to persuade YouTube to ban the upload of such content. “Animal cruelty” is very broad terminology, so at which point will lines be drawn? There could be a great deal more at stake for animals as far as justice & awareness is concerned, which seems an unacceptable risk even if it would mean a small achievement for those eager to completely eliminate “crush” videos from ever offending their consciousness. As someone with a fairly lengthy past of involvement within the “fetish community,” I feel fairly confident in stating that those who get off on that type of thing are actually not all that plentiful. There are certainly some who do, but for the most part it’s not exactly the most common kink. It should remain the task of those who are offended by such content to simply flag as inappropriate, which then allows YouTube to review these uploads by-case instead of creating an entirely new set of dangerous guidelines.

At long last, consciousness is beginning to spread.

In closing, I would like to make mention of the fact that I have encountered many petitions for prosecution of animal abusers spring up as a result of animal cruelty videos which had previously been posted on YouTube. Some of these petitions have drawn appropriate media attention which in turn influenced officials & private citizens to pursue maximum sentences to those committing these acts of atrocity.

I implore everyone considering or already backing this campaign for compassionate reasons to please reconsider joining, signing or donating any time or money to this poorly thought out crusade. More censorship on YouTube (and other public sites for independent media hosting/broadcasting) can most likely only hurt those we’ve been working so tirelessly toward liberating.

Bad Behavior has blocked 36 access attempts in the last 7 days.